Once upon a time a beautiful baby girl was born. And she grew and grew and when she was eight, her mother thought about how she would grow and grow and go to middle school one day and then high school and college and make her own way in the world. And it frightened her mother because she remembered middle school (junior high) and how the teachers didn’t treat her – or any of the students – with the respect they had shown in grade school. And how she had been “re-taught” in high school what they had assumed middle school students couldn’t understand.

And she thought about all the changes – emotional, physical and mental – that had not gone well when she was in middle school. And the mother wanted – had to have – something better for her daughter: A place where she was valued and truly engaged in her learning – by doing. And she wanted her daughter to be in the world learning, not within a classroom; learning to navigate her world to be before she was out in the world on her own; learning to be her own teacher.

And she wanted to be sure her daughter could do algebra, that she loved the discovery process of science, and was adept at technology that her mother could not keep up with. Because one day the little girl would be a citizen and need to think critically about information she was presented and know what statistics mean (or don’t mean) so that she could vote responsibly.

And her daughter would be a citizen of the world – not the small world her mother was born into – but a big world of many different kinds of peoples, cultures, economic status – and she would need to be open and curious, eager to engage collaboratively with others to play and solve problems. During this most important time of change in adolescence, she needed to be with all types of people so she would understand their perspectives and they would understand hers.

And she needed to have fun, to be in a place where joy was present, not focused on grades or how she looked to boys, but on her own discoveries and pleasures. It would be a time of change, unimaginable change, as she grew from 10 to 14, but grade school was fun and exciting – why not all school? And why not play all the parts?

And her mother wanted her to learn resilience and stay optimistic. That would take hands-on projects that required trial and error, building and using many skills, all working together. And it would take a safe environment where she learned from mistakes, not have them pointed out with an inadequate description of a single grade.

And the mother wanted this for all girls, not only her girl, because her daughter would form friendships and know others who also wanted to make the world a better place. And the school had to last and become an “institution” for all the hard work it would take, by so many people, to make it a reality.

And so the mother found family and friends to help create and grow SGS in this image. And since 2000 countless people have contributed to making SGS a reality for over 400 students and helped to change what we expect of middle school education. 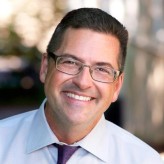 An Alum’s Perspective
Living in Community – What About the Adults?